These are the words that sprung from a dusty copy of the works of romantic poet S.T. Coleridge – whose poem ‘The Rime of the Ancient Mariner’ I felt compelled to read after my recent annual Venice Masterclass. It recalls a seafarer who slays an albatross whilst at sea – a cruel act repaid by Nature with the unleashing of other Worldy turmoils that would result in the eventual death of his crew. It occurred to me that climate change has become our modern-day albatross, which hangs around our own necks as a painful reminder of our treatment of the Natural world.

Most major cities of today have grown as a result of trade via water, hence why the majority of the 35 global mega-cities with over 10 million inhabitants are located upon a lake, river, or ocean. As the global population increases and the trend continues towards inner city migration, cities will become denser, and land more scarce – resulting in their real estate values commensurately soaring higher. But with increasing prosperity comes the ubiquitous environmental pressures of pollution, congestion, and waste, as well as the proportionate risk of more financial and physical damage caused by rising sea levels and more frequent flooding.

The risks are not just the reserve of developed economies. Over the next 60 years, the flood-vulnerable population of Calcutta will grow from 1.9 to 14 million, to site only one example. Waterfront cities will become increasingly depopulated or even abandoned, as the traditional, static responses to flood defence (i.e. barriers or raised accommodation) lack adaptability. As the global population migrates to cities in higher and cooler plains in the wake of extreme temperatures, food shortage and heightened flood risk; the rapid adaptability of existing waterfront and port cities will become necessary to help disperse the new densities needed to cater for the influx of people to urban centres.

Ultimately, we need to start driving change in how business and life can evolve around marine cities. Even miniscule changes in how ports function can have drastic effects on how business models, living conditions and recreational practices will evolve. We therefore have to plan for such changes. 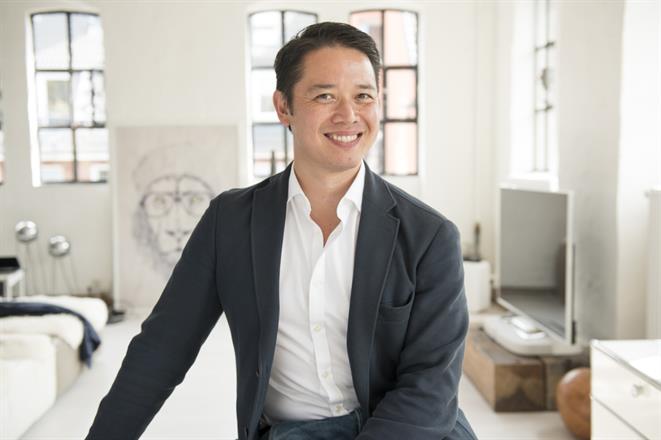 I was recently asked by Wärtsilä, a Helsinki-based global leader in smart technologies and complete lifecycle solutions for the marine and energy markets, to be part of a bold new project that seeks to create a vision for the most marine savvy cities. ‘An oceanic awakening’ brings together focal marine cities from around the world to challenge the status quo in the marine industry and to create a forum for like-minded thinkers to connect, to share knowledge and to drive major change – from the sea to the mainland. This has led to key urban influencers from strategically important marine cities to converge via the newly established SEA20 forum, where cross-border dialogue and co-creation are fostered through an ongoing series of events and workshops.

To be part of the initial group of urban influencers drawn from Hamburg, Rotterdam, Helsinki, New York and Singapore is not just an honour and a privilege but a topic very close to my heart. Having designed the largest over-water villa development in the world and undertaken pioneering research into zero-energy floating waterborne communities, the ability to marry the green agenda with the blue agenda certainly rocks my boat (if you’ll pardon the pun).

Waterborne communities, made possible by a combination of reclamation, floating or pier architecture, may present an answer to future urban growth that will alleviate urbanization pressures in over-populated inner city centres, which, by 2050, will house 70% of the global population. As the majority of the world’s largest cities are located near waterfronts, changing the perception of water-based communities is a fundamental step in creating more sustainable urban developments that can accommodate water level rise, rather than 'conflict' with it. Despite the continued risk of widespread flooding through climate change, living, working and playing on water continues to be a necessity and a way of life for many, in places as diverse as London, Chong Khneas, Bangkok, Amsterdam, Venice and Singapore. With over two thirds of the Earth covered by water, this domain could be a viable green (and blue) alternative to urbanisation in the 21st century.

A research project conducted by Pomeroy Studio entitled POG (an acronym for Pod off grid) is an example of both a greener and bluer future that is conceived as a series of self-sustaining waterborne structures independent from the grid. Flexibility of adapting to any water surface, driven through a universal design that can accommodate different climate conditions given its architectural kit of parts, allows it to be as applicable to the tropics as it is in temperate climates. It also allows for an infinite number of spatial configurations and mix-of-use economic scenarios, given its modularity, adaptability, and diversity, making it deployable more rapidly than conventional development in spatially or historically constrained urban centres.

So, what are the next steps? Helsinki and Hamburg have signed up to the SEA20 and I hope that Singapore will join such heady ranks. After all, Singapore’s commitment to combating climate change is also driven by the stark reality that it’s an island with a lack of natural resources that necessitates explorations into renewable energy generation for its self-sustenance. Hopefully, embracing zero energy and waterborne modular development will help ease the pressures of population increase, urban migration, spatial shortage and rising land values, whilst fighting climate-change-related risks.

It is with hope that such ideas will help remove the albatross of climate change hanging from our necks.

The author is the founder of Pomeroy Studio and Academy and an award-winning architect, author and thought leader in sustainable design.